On3legs | 7 famous photography quotes and how to apply them to your photography
9680
post-template-default,single,single-post,postid-9680,single-format-standard,ajax_fade,page_not_loaded,,qode-title-hidden,qode_grid_1200,hide_top_bar_on_mobile_header,qode-content-sidebar-responsive,qode-child-theme-ver-1.0.0,qode-theme-ver-16.7,qode-theme-bridge,wpb-js-composer js-comp-ver-5.5.2,vc_responsive

Posted at 08:22h in Tips & Tricks by justinerkelly 3 Comments

Great photographic images whether they be celebrity portraits, war photojournalism, street photography or landscape, can tell us more about ourselves and our world in an instant than a library of books and a life time of words. Yet it is fascinating to study the statements that have eeked out of the world’s great photographers when interviewed and questioned about their work.

Here are 7 quotes from 7 photographers who have changed the way we see the world- and how you can to apply their philosophy to your photography to get better images and develop a style that speaks to the viewer. 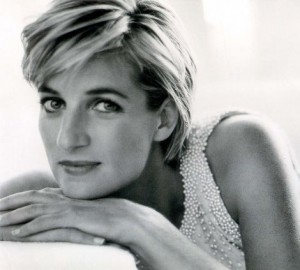 Mario Testino (1954-) is a Peruvian born photographer who became famous in the 1980s for photographing Princess Diana for the Vanity Fair cover after her divorce.  It was the relaxed poses and warmth in her eyes as she looks truthfully into the camera that told the world the princess was happy.

Clearly she enjoyed being photographed by Testino as much as he enjoyed shooting her.

He is known for finding models with presence and turning them into stars in their own right- particularly Kate Moss and Giselle Bunchden.

In recent years he has returned to Peru where he has worked on art projects and exhibitions displaying indigenous costumes with audacity of a fashion spread.

Testino has made a career of being obsessed by his subject. For the record, all the great photographers quoted here, except for Eastman, all chose the subject over the technology- this is evident in both their work and in their quotes.

‘The instrument is not the camera, but the photographer.’ 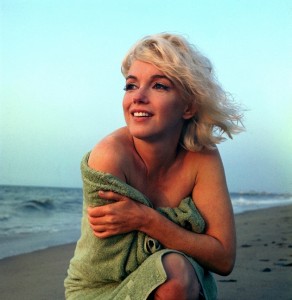 Eve Arnold (1912-2012) was an iconic American photographer to the stars who married portraiture and photojournalism. She took shots on stars and presidents as if they were going about their everyday business.

She was the photographer who took those nude and make up free photographs of Marily Monroe on the beach.

Arnold was talking about the photographer using their eye rather than relying on the camera technology.  You have to be present and know the shot you want because the camera can adjust the light (and automatically these days) but it can’t move the photographer or the subject into the optimum positions.

She oftened used natural lights, mirror reflections and physically moving herself and using the  existing lights rather than interupting a flow to play with settings or adding artificial lights.

This is why her portrait look so natural, like a fly on the wall spying into the world of stars and politician, and this marked her style. 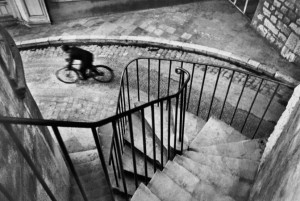 Henri Cartier-Bresson (1908-2004) was a French photographer considered the father of street photography who coined the term ‘the decisive moment.’

In this quote Cartier-Bresson was talking about practice and experimentation not just until you know how to exploit your camera but until you develop an eye for what works for you and what is your personal style.

Put simply, the more your practice the better photographer you will be.

Cartier-Bresson became a master at geometry in his pictures, whether taking a war scene or an empty street scene there was always a story being told with juxtaposing lines and shapes that made them seem like exception moment in time.

‘Light makes photography. Embrace light. Admire it. Love it. But above all know light. Know it for all you are worth and you will know the key to photography.’ 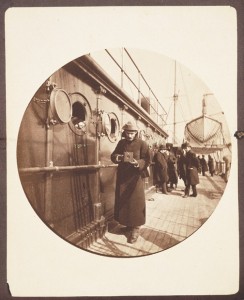 George Eastman is known among many as the founder of Eastman Kodak rather than for his photography but it was his early years as a travelling photographer with large awkward equipment and his knowledge of how hard it was to capture images in low light that led him to innovate the Box Brownie and bring photography to the mainstream.

In this famous photography quote Eastman is expressing the essense of what photography is- a trick of light.

But he could also be talking about the importance of light artistically in both the camera and the eye. Light can be a distraction or statement. If the shadow drapes through the middle of the subject or the light flairs too much on an object that isn’t the focus, no camera can make up for the photographers lack of attention to light.

You can fix it in Photoshop to some degree, but somehow it loses the perfect moment.

On the other hand if you use those shadows and light on your subject in a clever way you can enhance the photograph’s power.

With digital photography and color photography, modern photographers often forget this key factor. All we see is a trick of light.

‘It’s not enough to photograph the obviously picturesque.’

Dorothea Lange was the American documentary film maker and photographer who captured the Great Depression bringing the reality of it’s human effect to mainstream America and the world.

Her photography ‘Migrant Mother’ is one of the saddest and most beautiful pictures ever taken. She took just 5 exposures while talking to the women and going in closer for each shot (and each of the 5 shots are wonderful).

In an interview years later she explained the afternoon she spent in the shanty town.

‘She told me she was 32. She said that they had been living on frozen vegetables from the surrounding fields and the birds that her children caught. She had sold the tires of her car to buy food. Then she sat in that lean-to tent, with her children huddled around her and seemed to know that the pictures might somehow help her and so she helped me. There was a sought of equality about it.’

Finding the beauty in a sad subject can be a very powerful device in photography.

Irving Penn (1917-2009) was one of the greats who created high-fashion photography and discovered the world’s first supermodels. His work was dramatic, highly-composed and the stuff of aspirations.

He seemed to go to any length to get a shot that nobody else had thought of, most in the studio but without an obvious studio feel.

In this photograph he was creative and clever using a soft defused light behind the model and leaving us wondering how he got the images in the bottle (and is that him reflected in the liquid?).

If you rely on artificial lights and technology to set up a shot over and over, you will get further and further away from what looks good to the natural eye and true innovation.

You need to go outside and shoot some shots in the sun and study reflection in real life, to replenish your eye balance from time to time. 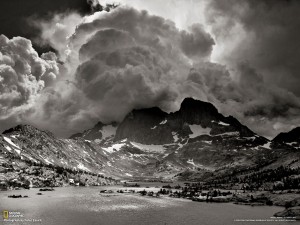 Ansel Adams (1902 – 1984) was an American photographer and environmentalist whose landscape images of Yosemite National Park set a bench mark for landscape photographers in the 1930’s that photographers today with all the modern equipment are still trying to achieve .

In black and white 35mm, the best available at the time, his landscapes showed exceptional depth in shadow and light.

Perhaps the lack of color in a landscape made him so meticulous about the details in nature and that makes us as viewers appreciate and treasure them.

Adams is also famous for saying that 12 good shots in one year is a good year. He spent days or even weeks observing natural and how light and shadow played on the landscape that he wanted to capture.

He probably experimented with just a few shots (which were expensive to shoot in those days) before he found the decisive moment when he could capture the majesty.

His time spent observing the effect of light in different weather and at different time of day rather than randomly clicking is also another lesson for modern day digital photographers.

What one photography quote has made you a better photographer? Leave your answer in the comments below.

oh… and If you enjoyed this article feel free to share it.