Posted at 07:42h in Tips & Tricks by justinerkelly 0 Comments

Blur is fuzzy sections or streaky lines across your image usually indicating some kind of movement, whether from the photographer or the subject at the time shutter was pressed and the photograph was captured.

Understanding what causes your images to come out blurry is the first step to eliminating the problem- or perhaps a move towards purposefully creating camera blur in your images for artistic shots. However, for this article, we are mainly focussing on how it happens and how to stop it.

The vast majority of blurred images are caused by camera shake as I’ve outlined in the first two points below. The other common and sometimes obvious reason is what is in front of the camera is moving. However, if you are doing everything right to reduce movement of your camera and your subject, and there is still blur that you didn’t want to create there are some other less common mistakes that cause blurry photos.

The slower your shutter speed the more still your camera must be otherwise you will get ‘camera shake’ which causes blur. This is a very common problem when shooting in low light or at night, when the photographer wants to open the shutter for longer to let more light in. 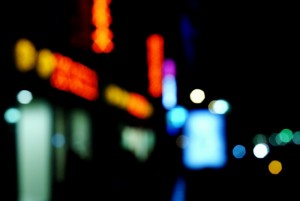 One solution is to use a tripod and if the camera is extremely sensitive use a remote shutter trigger or the built in-timer on your camera so the shutter being pushed down when you take a photograph doesn’t shake the camera.

In situations when you must hand hold your camera a compromise would be to use a higher ISO and make your shutter normal to fast (whatever you need to get the right shot). The problem here is that you will get a grainier image, but you won’t have blur.

So what is your minimum shutter speed to go handheld but avoid camera shake?

This will vary depending on the camera and the photographer (because we all have different amounts of twitching and different techniques for holding the camera).

To get a reasonable guide put your camera in shutter priority mode and take the same photo at 1/500th of a second, and then review the shot.  Keep going slower and slower, and reviewing until you see blur entering the images.

You may want to then double check the images on a computer at a larger size to find the first image where blur was a problem. You will then be able to work out when camera shake becomes an issue. As a general rule of thumb, you never shoot handheld at a shutter speed that is slower than your focal length.

For example. If you’re shooting a 200mm then the minimum shutter speed should be 1/200. This method works well as a guide, but image stabilisation systems are making it possible to shoot at a much lower shutter speed without creating any blur.

2.      Zooming in on a long lens causing camera shake

When you zoom in on a subject with a long lens, the end of your lens is likely to wobble and this will also cause camera shake. The longer the lens the greater the problem.

Once again a tripod can fix the shake but that’s not always convenient.

The other way to fix this problem is to use a faster shutter speed to capture the image quicker and this is a great option during the day for street and travel photographers. You can master this with a lot of practice, or if you are prepared to put your camera on continuous mode and try the tactic of luck-  90% of your images will be blurred and thrown away but if you shoot enough you’ll get the odd good shot!

The easiest way to get a sharp images is if everything in your scene is still – especially when taking long exposures. 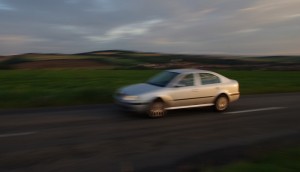 Simply try to have your subject stay as still as possible to fix the problem.

However, while you can often control your subject and your camera, you can’t always control the traffic in the street behind you or other movement in the environment. In this case a photographer needs to think on their feet, and use art as well as technology to the best effect.

For example keep your subject still, go focus tightly with a wide aperture.  If done correctly you should have your subject crisp and the background blurred.

One not uncommon and kind of embarrassing mistakes is that the photographer changed the focal points in the camera to capture a subject on the side (perhaps he or she is following the rule of thirds theory placing the subject off centre). But then the photographer forgot to put the focus setting back its default setting (i.e. the middle) and kept shooting as if the focal point is the middle. It’s easier to do than you think if you stop to set a portrait and at festival and then turn around to shoot quickly at a parade.

It’s a great idea to get to know how to use and swap your focal point in the viewfinder on manual and auto and how to quickly swap them, and to get into the habit of returning it to the default after each set of shots. Always leave your camera in this default stetting (usually known auto-area AF mode) between shots. AF mode tells the camera to makes its best judgment as to what part of the picture should be in focus and most cameras do an excellent job of this by themselves in auto settings. 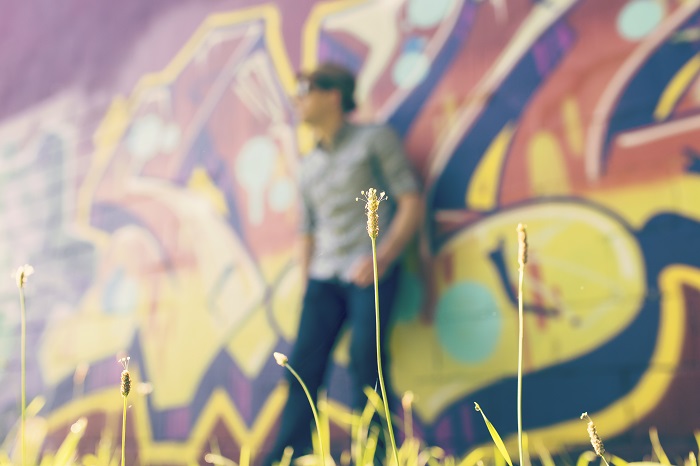 The best mode for crisp movement in motion?

One mode that might help get rid of blur in action shots such as sports events is called continuous autofocus or AF-C or AI Servo. It tracks movement through the frame and so was essentially created to capture moving subjects. The trick with using this mode is anticipating the movement and clicking a split second before the subject reaches your frame, coupled with lots of practice to get your technique and timing right on-the-fly.

5. The wrong aperture combined with other off-settings

Alone the wrong aperture probably won’t cause major blur but more likely a picture that looks a bit disappointing and unfocussed. 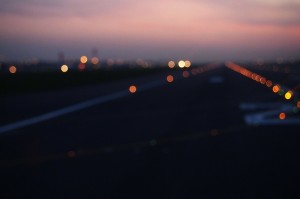 The aperture is like the iris of your camera which if on auto will open more or close up a bit depending on other things like light or the focal length. Sometimes it opens up wide to let in more light, and sometimes it closes, like your eye squints to let in less light.

The higher the F number (say F11), the more of the photo will be in focus from the foreground to the background.

The lower the F number (say F2.8) the more likely you will have blurry parts of your image. This technique is called ‘Shallow Depth of Field’ and is often used in things like wedding photography where you want the bride crisp and the garden around her soft.

Choosing the wrong aperture alone will probably not cause full on blur but in combination with the wrong focal point or a moving object it contributes.

If two lenses have the same focal length, but one is just a fraction of the price, the reason is probably that it just isn’t the same quality, maybe it doesn’t have image stabilization meaning that camera shake may enter into play in everyday hand held shots.

Some cheaper lenses just aren’t sharp from edge to edge of the frame.

It might also be a very slow lens to focus, leaving more time for movement from the camera or from the subject to produce blur.

However, most of the time like a tradesman, only a poor photographer blames his tools. If you buy a cheaper lens with less strength and capablities you just have to get to know it and work with in its limitations to get clear pictures.

Even with your expensive lenses don’t expect a long telefoto lens to do the job of a short prime lens or vice a versa. Have the lenses you need for specific shots.

7.  Your camera is malfuncting because of dust, grime and damage

This is not a common problem but it should be considered if you have been crawling through a dusty mine on your knees with a camera around your neck or bumping up and down on the back of a truck in the desert. Make sure lenses and camera are free of dust that could physically stop pieces on the camera moving like they are supposed.

In the past a lot of automatic compacts after a few years of constant use began to lose shutter speed and needed to be replaced. Although I can’t cite this happening with DSLR camera enthusiasts very often, I wouldn’t rule it out if your camera and lenses have been constantly used in tough conditions for a few years (or if your lens is second hand).

It sounds silly but also check that your lens doesn’t have a smear on it that can ruin the clarity of your image.  Carry a cleaning wipe and care for your lenses. If you picked up a cheap UV filter travelling check that it’s not causing blur by taking it off and testing your lens without it.

Well hopefully you’re not getting blurry images anymore (unless of course you want to for arty reasons). It can be really frustrating when your photos just aren’t coming out sharp!

If you enjoyed this article share it using the social sharing buttons below! Thanks… you’re awesome!