You asked me why I upgraded, so I put together this post to go through the 9 key differences. Nothing too technical, these are all things that make using the Nikon D850 easier. I was thinking about the Fuji GFX medium format camera but then as I went through and worked out exactly what it was going to take for me to upgrade into the medium format world, there was just going to be prohibitors so I decided to stay within the Nikon ecosystem.

If you’re seriously thinking about upgrading and you’re an amateur or professional photographer that gets out there and uses your camera a fair bit I think that you’ll find that the new features in the Nikon D850 make it a worthwhile upgrade for you. So I’m going to go through those nine key differences that helped me make the decision to upgrade. 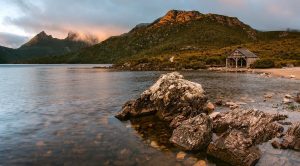 1.Bluetooth / Wireless Connectivity
Being able to connect through WiFi and Bluetooth is one feature I’m not sure why they didn’t put it in previous DSLR’s.
You can buy adapters for other cameras that give you the same connectivity but it means you’ve got a another piece of equipment to plug in, set up and sometimes it can be a pain. My Fuji XT1 has Wireless and it’s been really good although it is a little bit of a pain to connect up whenever I want to use the app with the Fuji XT1. Nikon have included Bluetooth into the Nikon D850 which means you can connect pretty much instantly using their SnapBridge App. The SnapBridge app has a few issues but it’s like any software or app – it will get upgraded they will hopefully listen to consumers and then will see that improvement over time.

2. Touch Screen
The second thing that I thought was a really good improvement on the Nikon D850 is the touch screen. I found it a huge advantage during the set-up process to be able to go through and use the touchscreen to go through all the menus and make changes. Being able to zoom-in and zoom-out, scroll through images, and use my screen in the same way that I’ve become used to using on a lot of my other devices was a great improvement. Another thing that they’ve done is included an articulating screen and you’re now able hold the camera up high or down low and articulate the screen and use the screen at the right angel for your eyes rather than trying to look down at it or up at it. This was another feature that was in my Fuji XT1 that I’ve always loved and wondered why they didn’t include on higher-end Nikon DSLR’s.

3. Sensor Size
The D810 and D800 series cameras are 36 megapixel cameras and with the D850, you’re going from 36 megapixels to 46 megapixels. Now this has both its upsides and its downsides. The big upside is that you get more detail and downside now is that every little mistake you make will be amplified because there’s more resolution and finer detail. This could be a challenge for some people. If the technique isn’t quite right you’ll could have trouble getting that sharp focus. The other downside is file sizes are going to be bigger as there’s more resolution and it’s going to take up more space.

4. Maximum ISO
The Nikon D800 had a maximum ISO of 6,400 and the D810 went up to 12,800 and now the D850 goes up to 25,600. With my D10, I was always disappointed when I had to bump up the ISO as it was way too noisy for that type of camera. The D850 is better for this but some reports have said because of the extra resolution. You can check out my video here to see where I test this out in the field. The D850 is also backlit illuminated which is a bit fancy but essentially it’s supposed to be more efficient and result in less noise for your final image.

5. Focus Points
A great improvement in the Nikon D850 is the number of focus points. The D810 had 51 focus points where as the D850 has the Nikon D5 system now which is 153 focus points. This might not be as important to you if your like me and mostly do landscape photography and don’t photograph things that move but it is really handy for sports, wildlife, or action photography. It is also supposed to help with focusing quicker in lower light than the D810 did.

6. More FPS
While again this is more of an advantage to people who do sports, action, or wildlife photography, the Nikon D850 will do 7 frames per second where as the D810 would only do 5. With a battery grip on the D850 I believe that number actually goes up to 9 frames per second. 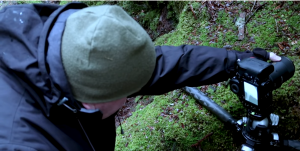 8. Focus Bracketing
The focus bracketing or focus stacking ability of the Nikon D850 doesn’t actually do in camera focus stacking but what you can do is take multiple exposures of the same thing but with the focus moving. So it’s like just like any bracketing function in the camera except you can tell how many shots you want and how many different focal points you want it to hit. This will be great for things like landscape with close foreground or it could be great for macro photography where the depth of field is very hard to get.

9. Backlit Button
With the D810 there have been times where backlit buttons could have definitely been handy, I sometimes wear a headlamp but if your photographing with a group of people and turn to talk to someone with your lamp on, your gonna blind them. This feature is not really a deal maker or a deal breaker but it is great to have.

All of these things are really great benefits to the D850. If upgrading, however, meant not being able to pay your mortgage or put food on the table then I’d suggest sticking to the D810 or D800 for now because they are both very worthy DSLR’s. If you are seriously considering upgrading then the 10th benefit would be you won’t be suffering from FOMO (Fear Of Missing Out) an if your reading this article you might be already wondering if you are missing out.