Aurora Australis with the Hazard Mountains

Where do I start? I have got to say this is the single most exciting time I have ever had capturing an image. This is the Aurora Australis and is a phenomen created by the collision of energetic charged particles with atoms in the high altitude atmosphere.

Sometimes referred to as the Northern Lights, the Aurora Borealis is seen in the northern hemisphere, and it usually where pics of an Aurora would come from. However, when an Aurora is happening it can be seen at both ends of the globe, and strongest near the poles.

I had not ever imagined I would be photographing such an amazing natural phenomena. I am on the final days of a Tasmanian Experience Photography tour with landscape photographer Luke O’Brien and nature photographer Michael Snedic. It just so happened that Luke is a keen astro photographer too!

When Luke learned that the chances of an Aurora Australis was possible he kept an eye on the situation and 2 days later, there we were on the banks of Coles Bay in Tasmania admiring the Hazard Mountains for sunset. Luke suggested we should stay until dark to see if the Aurora was visible and well, the rest is as they say… history!

What an amazing thing to witness and capture… I hope you like this photo as much as I do! 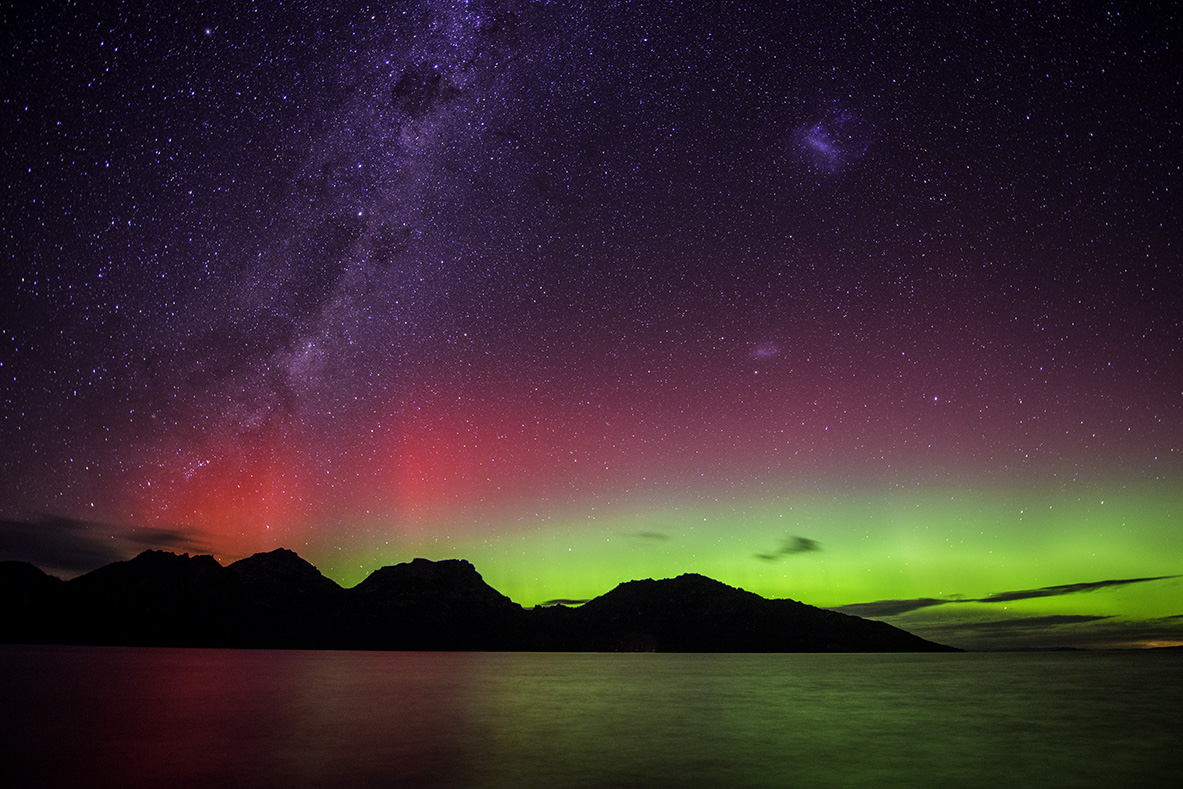