05 May Best Lenses for Portrait Photography

Posted at 14:35h in Tips & Tricks by justinerkelly 0 Comments

How to pick your portrait lens…

There is no one best lens for portraits, it all depends on the situation, your camera, your shooting style and your artistic vision. Some photographers will choose a mid-to-long lens zooms, others will choose mid-range prime lenses and a few prefer macros. While the expensive brand lenses usually guarantee quality and will come with image stabilization and auto focus, there are a few lenses that are much cheaper because they are manual, and they can get equally great results when used skillfully.

As you probably know most camara brands produce their own lenses which only mount on their own cameras (which means you can keep using them if you upgrade to a better model camera from the same brand).  As well as camera brand lenses I’ve included a couple of third partymakers who generally will have a version for all major camera brands. If my lens suggestions won’t work on your camera, you can still work through my pointers and find the most similar lens that does.

Many wedding portrait photographers choose a medium to long zoom lens of between 75mm to 110 mm which will give you the possibility of bokeh blur around the subject and some compression which is usually flattering. A fast zoom is handy for moving around a subject without disturbing them too.

This is actually the 7th version of the lens that was first launched in 2003 and each version gets that bit slicker. It is an autofocus with a minimum range of 1.4 m from the subject so you can get it pretty close or pretty far to get that frame. 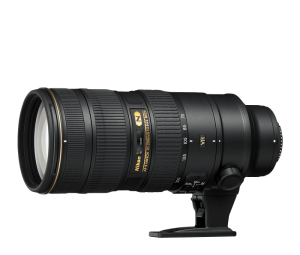 This lens at minimum apertures (f22) and while zooming gives stunning results. It produces shake-free images even when hand held in very low light and at speeds of 1/50. Nikon have carefully chosen materials not just for durability but for performance such as the Nano Coating to flaring. It also has image stabilization and a silent autofocus.

Photographers who like a 50mm lenses tend to shoot environmental portraits such as poverty-stricken people in Africa or school kids in Cambodia.

This lens is wide, drawing the eyes left and right, rather than focussing in.  It can leave an imposing impression of the subject but at the same time that can be unflattering highlighting wide foreheads, bulging nostrils and tuckshop arms.

They are popular with envirnomenal portrait photographers becuse they work well in low light and lets them take photos with faster shutter speeds or lower ISO so they can move in with a smaller maximum aperture.

Sigma’s 50mm F1.4 EX DG HSM is a professional lens but also quite compact in size for carrying around. The 1.4 aperture lets in Iots of light for low light situations and creates a really shallow luscious background. 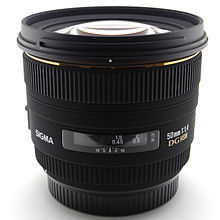 One feature that makes this lens more interesting for some photographers is that it has a very large lens diameter, the filter is 77mm. This makes it heavier than other 50mm lenses on the market but Sigma did this purposefully to reduce the vignette effect (dark shadows graduating from corners) which sneaks into photographs with very shallow depth of field.

It comes with both manual and auto focus, but it doesn’t have an image stabilization if you want to use it for video. However, it is designed for portraits and is fast with an aperture that lets in plenty of light so it doesn’t really need it.

The kind of shots and effects you’ll get with an 85mm prime are comparable to what you would be after with a zoom of 70 to 200mm in some ways. But the quality will be sharper and the backgrounds more luscious to the trained eye or fussy client.  However, they are slower and not made for movement from the photographer or by the subject.

This is a real favourite among portrait photographers as it gives images an extraordinary focus on a narrow subject. It has an amazing floating optical system and high precision aspherical lens element that reduces aberrations and creates a clarity even at the maximum aperture. 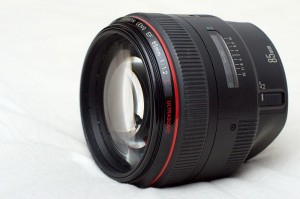 If you want to get that flicker of gold graduating through those blue eyes or the texture of the skin of your subject, consider a macro. It won’t be the most versatile lens in your kit but it can give you those one-off statement shots. It can also give you some of those details without widening and distorting like a 50mm prime will do.

With this lens you can get up close without being restricted to the minimum focusing distance and without widening or distorting your subject. The lens has a four-stop stabiliser, which is great for shooting handheld in low light. 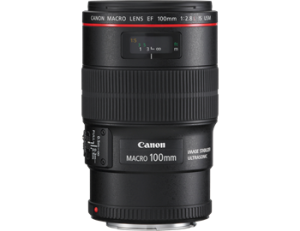 Although it smooth to handle it’s slow for taking shoots of butterflies fluttering but if you are after an extreme close up with striking clearness, this one is the go.

There are an increasing numbers of seriously good cheap manual lenses from third party produces in recent years. You can sometimes chop $1000 off the price of the comparable Nikon or Canon and get pictures just as sharp is you are prepared to pull focus manually.

The Samyang/Rokinon 85mm 1.4f is a fast lens and is available on almost all mounts. Best of all, it’s under $300.  The manual feel is sturdy and smooth and helps get a really precise photograph. Although it’s not all metal it feels like it and is really tactile. 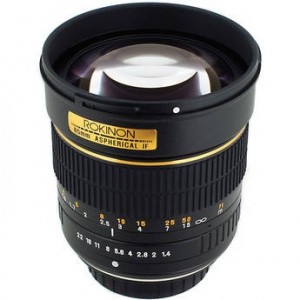 If you are just starting to build up your kit and want a portrait camera that can be used in the street, this one is great.

I hope you found this article helpful. If you did, hit one of the SHARE buttons below and let others see it to!

What lens is your ‘go to’ lens when shooting portraits? Leave your answer in the comments below.