I write todays blog post with a heavy heart. I decided to head north west of Auckland to check out the Waitakere Ranges and shoot sunset at Lion Rock on Piha Beach. Little did I know that I would become witness to a tragedy. As I arrived on the beach they had pulled a man from the surf and were attempting to revive him. I could see the frustration in the faces of all the rescue crew involved as they did all they could but to no avail. So today’s iCandy will be a small tribute to a man I never knew, but feel a connection to. R.I.P.

Today’s iCandy – Free as a Bird

Being a bird seems like such a simple life. There is said to be 1200 pairs of Gannets in this colony, they’re here from August to March. They reckon Sydney Airport is busy… even though it looks like chaos, these birds are mostly flying in an orderly fashion and floating around as the strong sea breeze gives them the lift they need to effortlessly hover as if they’re almost levitating. 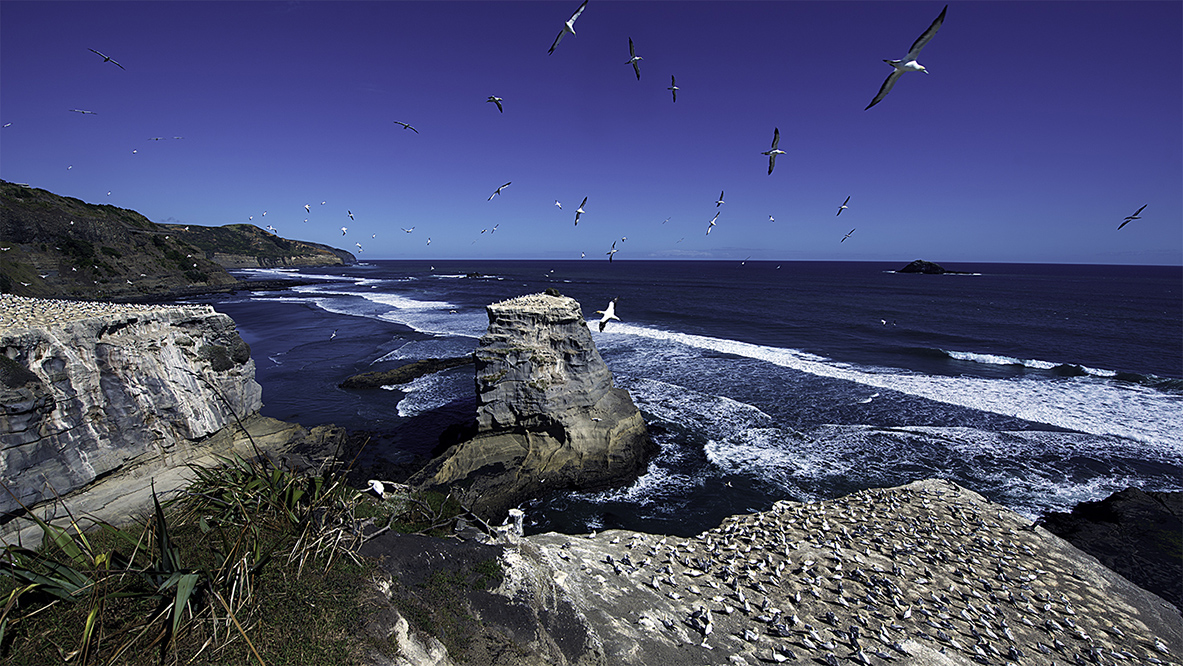