Proud to be an Aussie!

Today is the day we fire up the BBQ and cook some Lamb! I am going to sneak some chicken and beef on there too…. plus I have a plan of cooking up some garlic prawns! We’ll have a few beers and a few laughs with friends and family, and that’s what Australia Day is all about! If your an Aussie living elsewhere in the world, I’ll have a beer for you! No matter what you’re up to today, stay safe and have a great time!

I know I do… so I have a little Australia Day gift for you… When I process my images, I use a couple of plug ins… my favourites are from Topaz Labs. They do all sorts of cool things but mainly I use Topaz Adjust and Topaz Detail… they’re both really good for making my photo’s pop! If you would like to get any of the Topaz products, CLICK HERE to go to the Topaz Labs site and use code: on3legs and you will get a 15% discount!

A little bit of Australian History… this tree was made famous by Burke and Wills. In 1860–61, Robert O’Hara Burke and William John Wills led an expedition of 19 men with the intention of crossing Australia from Melbourne in the south to the Gulf of Carpentaria in the north, a distance of around 3,250 kilometres (approximately 2,000 miles). At that time most of the inland of Australia had not been explored by non-indigenous people and was completely unknown to the European settlers. The south-north leg was successfully completed (except that they were stopped by swampland 5 kilometres (3.1 mi) from the northern coastline), but owing to poor leadership and bad luck, both of the expedition’s leaders died on the return journey. Altogether, seven men lost their lives, and only one man, John King, crossed the continent with the expedition and returned alive to Melbourne 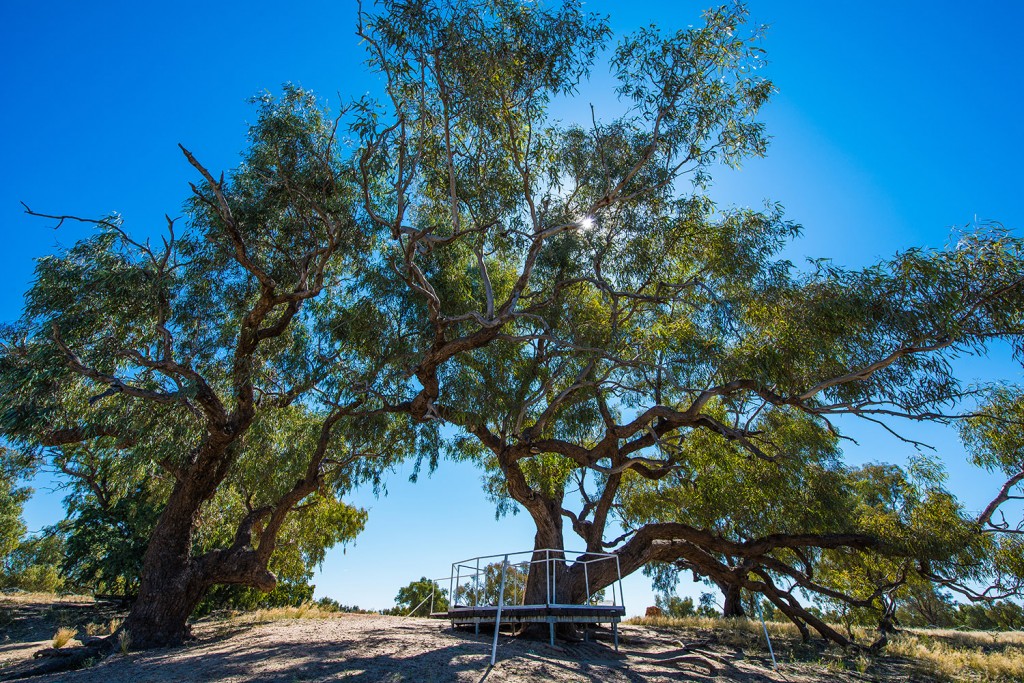