Posted at 23:10h in Australian Locations, Sydney by Ben 0 Comments

Sydney Australia is one of the first cities to celebrate NYE.. so there is a chance you are still counting down the hours. Myself and a buddy wanted to try some light painting to create a NYE photo… it was quite a laugh in the end. We decided to use sparklers rather than a static light source, and both of us had never really had any experience with light painting… We headed to a prominent harbour side location, with a plan of having the Sydney Harbour Bridge and the Opera House in the background of our image.

We practiced first with a torch and then decided ‘what the heck’ and decided to take the plunge and start using the sparklers, we had 60 of them… how hard could it be?

Well, it was harder than we thought… it was windy, so getting the sparklers to light was our first challenge. We had to work out where to stand, how big to write, how slow to move etc etc… it was becoming a real mission! In the end, we both ended up with an image we were happy with… here is mine… HAPPY NEW YEAR!

As I said in the beginning… there was a lot of learning (screw ups!)…

Rene, had bought these other cool sparklers that were the actual numbers… we thought we would give them a go..

firstly, we needed to work out how to mount them, as we would not be able to hold them still enough for a clean shot, luckily, Rene is like MacGyver and has a multi-tool and gaffa tape at hand… so we tape them onto a piece of metal bar that Rene had in his car … that seemed to be easy enough. 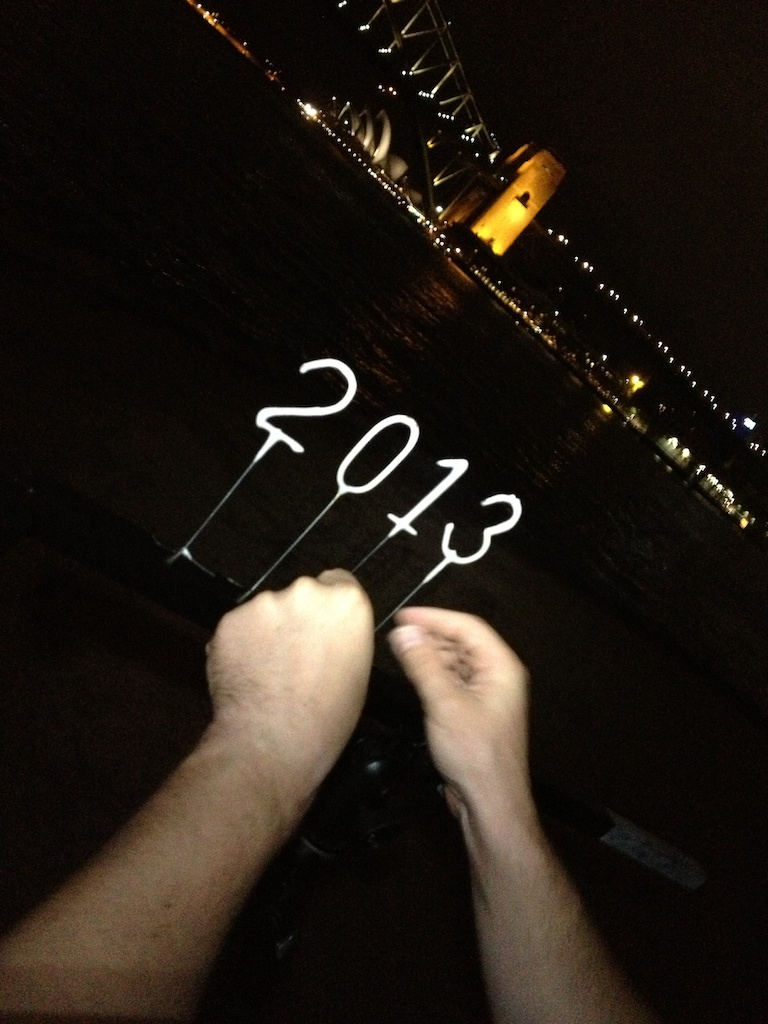 Setting up the shot 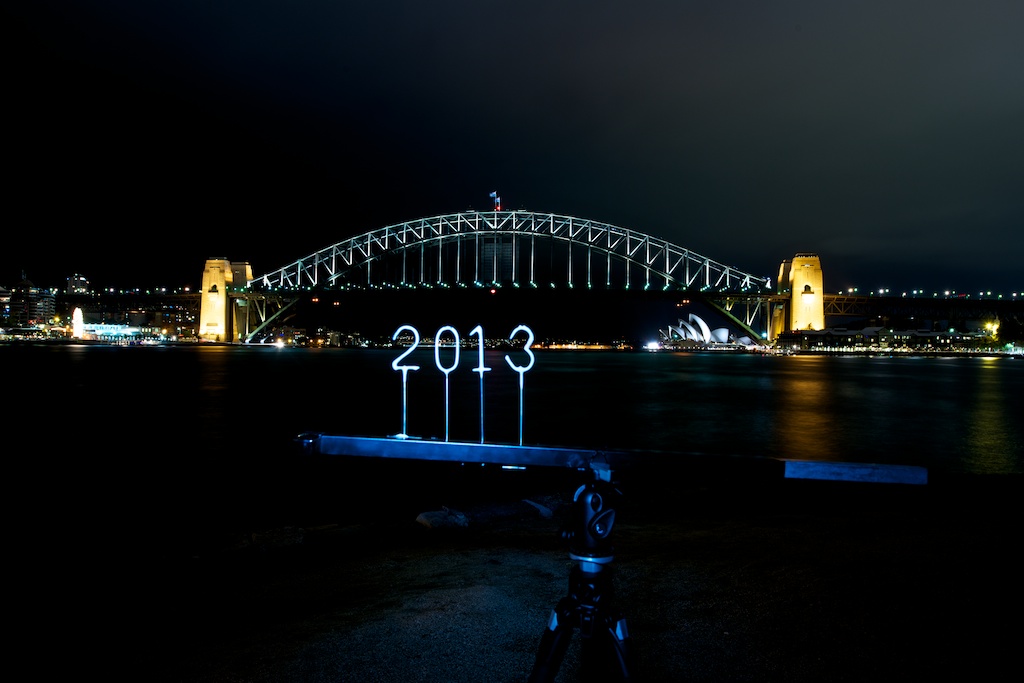 All that was left to do was to light each number and capture our masterpiece… lighting them was easier said than done, so we decided we would light one at a time, and blend them in photoshop later… so here goes… 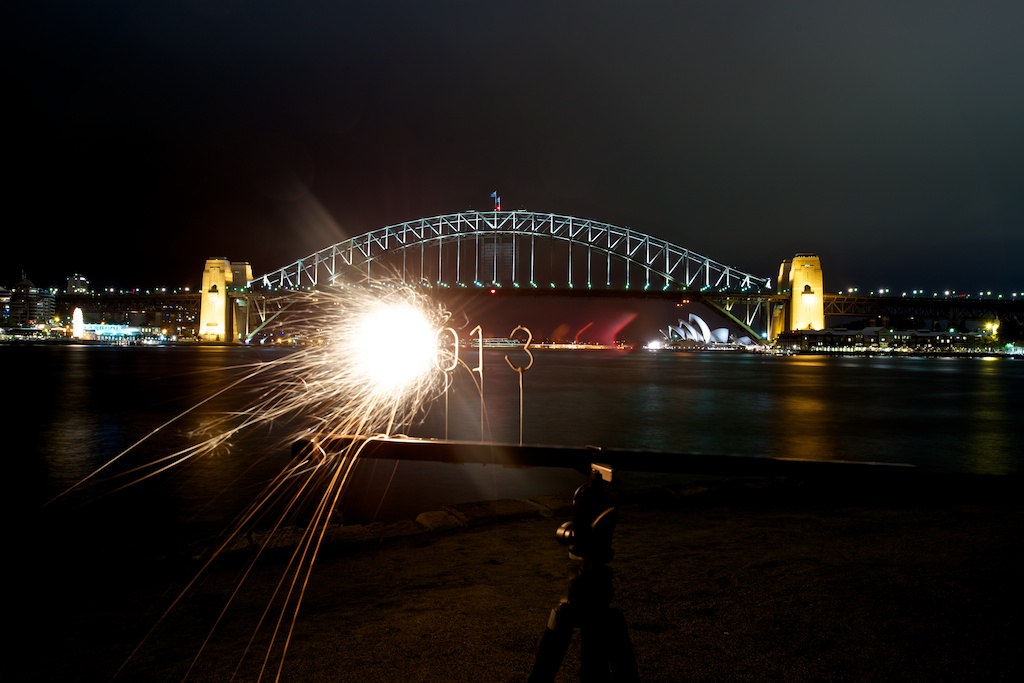 As you can see… this was an EPIC fail… can you see the number 2? … me neither… at least we had some fun and learnt something about light painting with sparklers along the way…

Have a safe New Years eve and I wish that 2013 brings you much joy and success… thanks again for being a part of my photojourney in 2012, I personally love hearing of how I have helped and inspired you to get out and create your own photojourney and hope you can join me again in 2013!