On3legs | Mirrorless v DSLR Camera, is it worth the switch?
9762
post-template-default,single,single-post,postid-9762,single-format-standard,ajax_fade,page_not_loaded,,qode-title-hidden,qode_grid_1200,hide_top_bar_on_mobile_header,qode-content-sidebar-responsive,qode-child-theme-ver-1.0.0,qode-theme-ver-16.7,qode-theme-bridge,wpb-js-composer js-comp-ver-5.5.2,vc_responsive

31 Mar Mirrorless v DSLR Camera, is it worth the switch?

Posted at 16:55h in Tips & Tricks by justinerkelly 2 Comments

A few years ago some hasty photographers (or perhaps marketers) declared 2013 the year of the mirrorless camera. Two years on just a proportion of professional photographers have got rid of their DSLR kit and replaced it with a mirrorless kit.  However, some of those that have, are now saying that in many areas DSLR and mirrorless cameras are on a par, and that the future could be mirrorless. 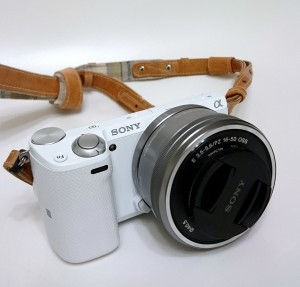 So what exactly is the difference between DSLR cameras and Mirrorless cameras?

Digital SLR cameras use mirrors! They take in light through the lens, bounces it around a box and prism and then the reflected image is directed into the viewfinder so you, the photographer, can see what your camera sees. When you press the shutter button, the mirror flips up, a shutter opens and the light falls onto the image sensor, which captures the digital version.

Essentially, DSLRs use some of the same design and concepts as the 35mm film cameras of pre-digital days.

Meanwhile mirrorless cameras capture directly from what the sensor is seeing to a digital image, bypassing mirrors and viewing reflections. What you see on their monitor or EVF (electronic viewfinder) is already digital before you even take the photograph.

The lack of mirrors mean the mirrorless cameras are substantially lighter and smaller than the DSLR. For example, the Nikon D5300 and Sony A6000 both retail for around $850 (body only)- the Nikon is 7.6 cm deep and 545 grams with the 18-55mm kit and the Sony mirrorless is just 4.8cm thick and weighs just over 460 grams with its 16-50mm kit lens attached. 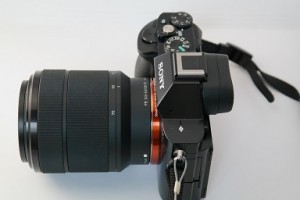 Many travel photographers who hike appreciate that they can fit their mirrorless camera and kit into a smaller pack. On the other hand some photographers with big hands and undexterous fingers prefer the grip and control of their trusted DSLR.

DSLRs used to have a big advantage here using the mirror mechanism to direct light into a dedicated autofocus sensors that measure the convergence of two light beams. It’s usually called phase detection and it’s very accurate as well as immediate.

Originally mirrorless cameras were restricted to a system called contrast detection, which uses the image sensor to move the lens back and forth to find the position in which the image showed the highest contrast. Contrast detection is slower, especially in low light.

However, the mirrorless technology has improved thanks to the incorporation of phase-detection pixels into the image sensor.  On higher-end mirrorless cameras the autofocus speed can be comparable to a DSLR camera. Cameras like the Sony A6000 use both phase and contrast detection and have 179 phase-detection points on the image sensor. The Nikon D5300 has just 39 in its separate AF sensor.

However, there is some debate as to whether all the autofocus points work in practice on some of the mirrorless models so try them out in real conditions before you buy.

While previously it was believed the image stabilization on the mirrorless was compromised, this is another big improver recently, now offering similar technology to DSLR. Samsung and Sony mirrorless cameras now use the same APS-C sensors found in the majority of DSLRs. Sony recently introduced its A7 line of cameras, which use the even larger full-frame sensor type found in the best professional DSLRs. Some mirrorless models shift both the lens element and the sensor in a synchronized pattern.

Although the guy in the store might be impressed by 24 MP (megapixels), most photographers know that higher than around 18 MP is superfluous, many professionals are happy with 16 MPs. The trained eye will see the different on a billboard and might be impressed by the technology, but most people won’t.

The higher pixel photographs will take up more space on your computer and you might need to upgrade your computer if you plan to store them that way.

There are a lot more choices of lenses made specifically for DSLR cameras, including those old gems. It is likely that more lenses will become available for mirrorless cameras in the next few years, but in the meantime it is possible to use your DSLR lenses on a mirrorless camera with an adapter.

However, many photographers report that while they work well, they are time consuming to mount and they are also much slower than on the camera they were made for. 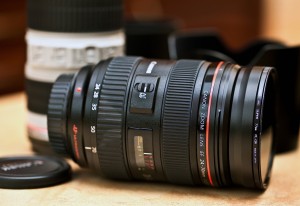 When more and better zooms and telephoto lenses become available on mirrorless cameras they will also be a very exciting option for wildlife photographers.

Mirrorless cameras do a great job doubling up as HD video camera however because of the dense pixilation you will fill up your video cards super quickly. Some of the new mirrorless cameras such as the Samsung NX1 shoot 4K video and have tracking autofocus.

A DSLR optical viewfinder shows you what the camera senses with light and mirror, like old 35mm cameras cameras or even somewhat how an eye uses light to see. You also have the LCD screen monitor which you can click to see a large but slow electronic preview (liveview) of what you camera could record digitally. 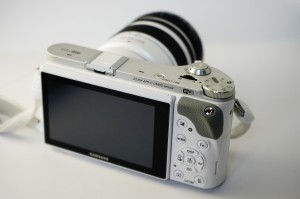 A few years ago when mirrorless cameras first hit the market they only had one LCD size monitor which gave an electronic version. Some photographers were dismayed by the lack of a viewfinder on the mirrorless cameras and didn’t like the fact that they didn’t have the option to scrutinise their potentional shot with a focussed single eye as they were accustomed to doing.

Most high-end mirrorless cameras now come with an extra a electronic viewfinder and electronic monitor screen, resembling a traditional camera even though the two images will both be digital.

Some mirrorless enthusiasts say that the electronic projections is not just more detailed but more accurate in regards to how the resulting image will look. They say the EVF (electronic viewfinder) allows them to tweak the settings accurately before the photo is taken, rather than to guess what needs to be compensated and fixing on computers.

Other photographers want to preview what is optically closer to what their eye might see, and remember it to adjust the digital image later with a computer if necessary.

The EVF works wonderfully giving views very close to the final digital image straight away, but in low light the EVF screen is hard to see. On the other hand when shooting landscapes in bright conditions a DSLR makes it really hard to focus because of screen glare.

According to Sony, you can take up to 360 shots on a single battery charge on one of their mirrorless cameras. However, many DSLR cameras will get around 1500 shots on a single battery. This is because mirrorless have huge image sizes and also because every part of the photo capturing process is electronic and using battery. The overall camera is also small, hence a smaller battery.

So, should you make the switch to a mirrorless camera? If you are ready for an upgrade and want to stay ahead of the crowd, it might be the right time to get in on board early and become an expert in mirrorless technology.

However, if you are happy with you DSLR and all your lenses, there is plenty of time to wait and see what will happen. It’s almost certain that the likes of Sony and Samsung will iron out the few draw backs with mirrorless cameras in each new release over the next few years but it is a few years away from it really being the year of the mirrorless.

What are your thoughts? Leave your comments below…