Which one is better? 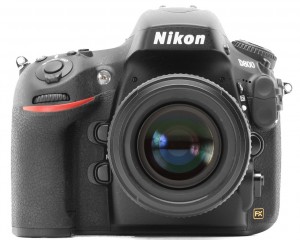 Wow, Sony have done a great job of launching their new A7 Full Frame mirrorless camera. I have personally seen several people sell their current DSLR to fund the order of a new Sony A7. Is this the move to make or are you smarter to stick with the tried and tested DSLR. As an avid fan of the Nikon D800 (I have over 30,000 shots on mine after 18 months) I was reading a post on Facebook that stated the Sony A7 ‘outperforms’ the D800. I did see a launch preview of the A7 and whilst it was damn impressive, I didn’t walk away wanting to sell my D800 so I could get the Sony A7, or the A7R. So I thought it would be a good idea to look at some of the facts that should be a part of your decision making process.

Firstly, I have real world experience with a mirrorless camera, if you’re a regular around here you would know I own and also shoot with a Fuji X-E1 mirrorless camera. What has this got to do with the Sony A7? Well, one of my key frustration is lens availability. When I bought the Fuji there were only a couple of lenses available, and today, there is still only a handful (less than 10). Making new lenses is an expensive business and no company is going to be able to release too many too quick. As I write this blog post, Sony is releasing the A7 with 1 Lens, a 35mm 2.8 FE Mount, and by February it is said there is only going to be 4 to 5 FE Mount lenses available for the Sony A7 (You can use the E mount lenses but will have to either crop your images or put up with a strong vignette). Fuji had a similar goal, they released the X-Pro1 and had a timeline of lens release dates, and some of those dates have come and gone without the lens being released. Nikon on the other had, as I write this has 152 Lenses available for the D800. The Sony A7R can also take A mount lenses so you have a lot more choices with an adapter you can use Nikon, Canon and other third party lenses. 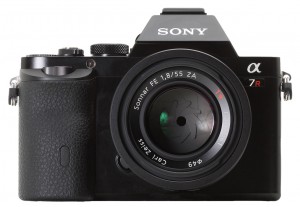 It has been known for some time that Nikon has sourced it’s sensors from Sony, so you can be guaranteed that the 24mp sensor in the A7 is the same one in the Nikon D600/D610, and the 36mp sensor found in the A7R would be the same sensor you would find in the D800. The A7R differs to the D800 as it does not have the anti aliasing filter so it would be closer to the D800E. But still the same sensor.

You will also need more extra batteries than ever before. All of this electrowizardry means power consumption. According to the Sony site, the A7 will last for just over 300 shots, the D800 will last well over 900 before a charge is needed. Aslo, for some wacky reason I can’t even work out, the Sony A7 doesn’t come with a dedicated charger, you have to plug your A7 into a USB slot to charge it.

Where the sony apparently does beat the D800 is the video department. But if you want to shoot video maybe a dedicated HD machine is what you need.

Both bodies are weather-sealed magnesium alloy bodies, but the Sony is about half the weight of the D800. A reduction in size is nice sometimes, but the reduction in size usually means that buttons are smaller, more fiddly and a lot of functions are hidden behind menu’s. I love the D800 for the fact that all my main needs can be changed easily from a button on the body. From reports I have heard, the D800 still wins for build quality.

Both the D800 and the Sony A7 have similar connections/ports, but In addition to physical connectors, the Sony A7R boasts built-in Wi-Fi and NFC (Near Field Communication) for easy image sharing with compatible smartphones and tablets. ‘Smart Remote Control’ comes pre-installed on the Sony A7R, allowing you to control the camera’s exposure settings remotely with a smartphone, now that’s pretty cool!

Price wise the Sony is a little less than the D800. Back to the question in the beginning of this post… which one is better? I don’t think you could say one is better than the other. For me, I will keep the D800 in my kit for some time. It’s hard to go past the plusses. Just the fact that there are over 150 lenses I can use with my D800 makes it more versatile. It will be interesting to see the evolution of the mirrorless camera, I believe that the DSLR will slowly disappear and the mirrorless will take over the market… is the Sony A7 the iPod of the camera industry? Maybe 😉