First up, I will give you 5 of my first impressions of the Nikon D810, keeping in mind that I was using a D800 previously.

5. A few button layout changes, nothing major. The D810 is very similar to the layout of the D810 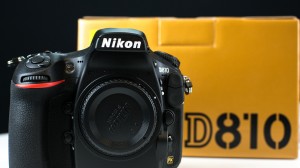 If you’ve been following my photo journey for some time, you’ll know that I love shooting with my Nikon’s. I’ve nothing against Canon, I’ve got a Canon 5D Mark III as well. And the only reason I shoot with Nikon is that’s what I started with. Dad had a Nikon, so I ended up buying a Nikon. In fact, when I started my photographic journey, it was a $400 Nikon camera (film camera by the way) I found it in Cash Converters, that got me started. So, I’ve just stuck with Nikon all the way. Once you sort of buy a few lenses, it’s expensive to change, although I do have some other gear as well from my photography rental business Oz Lens Rental. But, otherwise I primarily still shoot with Nikon or with Fuji.

Well first of all, I’ve had the D800 for a couple of years. I do love it, it’s a fantastic camera, but I’ve heard the D810 is just that little bit more. And if I had the D800E, I might not have done the upgrade. I heard that the difference isn’t as great, but I don’t know because I haven’t shot with this at all. As you can see, it’s still in the box. So, we’re gonna unbox this together. But I upgraded because I felt that I could get sharper images, it’s quieter. And I asked a couple of photographer friends who are professional photographers, and I said, “What’s the difference?” And they said, the D810 is everything the D800 should have been. So, I’m really looking forward to shooting with this camera.

So let’s get into the box. 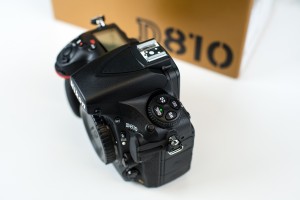 As usual, beautiful gold box from Nikon – ooh it’s exciting. In the box is a service warranty card that they always give you. The D810 manual, that I’ll probably never read, don’t need to, been shooting with Nikon all my life, so pretty used to shooting with Nikon. Normal sort of charging plug there. Ooh, some other bits and pieces – the charger.

And one of the good things about this camera by the way – if you are shooting with a D800 or a D800E, The D810 uses the same battery, and I believe there’s a lot of Nikon’s now that are using a similar battery, so it’s becoming easier to swap models. I think it’s something that every manufacturer should do, is have consistent batteries across their models, because it does get difficult otherwise.

There is a USB cable – once again, never will use that because I use SD card and CF card readers. Of course, they include a Nikon D810 strap, that I never use. If you’ve been following my journey for a while, you know I don’t like using camera straps. I don’t have them on the camera at all when I’m shooting on a tripod, because the wind can get them. But I just don’t find them comfortable either, so I tend to use a rapid strap when I’m going to use a strap.

The D810 comes with one EN-EL15 battery. The D810 was nicely bubble wrapped of course, and protected. 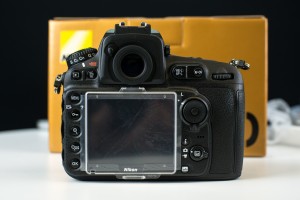 Straight away I could notice a couple of differences from the D800.

I can see that the metering has moved up to the top, which is where the bracketing button was. And the bracket button’s now moved. Looks like they’ve done something with the little side covers, which is a smarter move – ’cause on the D800, it’s one complete cover. If you want to just get to headphones and mic, now you can do that with just one cover open. I believe it’s a bit lighter as well, I can’t really tell right now, but I will have a bit of a weigh in with the other one at some point, with my D800, and let you know. Memory cards us the same setup as the D800, so a CF card and a SD card.

Everything else looks very, very similar. Looks like there’s an ‘i’ button now, not sure what that does. The record buttons in the same place, everything looks very, very familiar to me and I don’t think I’ll have much problems at all using the D810. So there you go, there’s the D810. Really looking forward to getting a lens on it, in fact I might do that now. I popped my 24 to 70mm on, feels really nice.

I think the other thing that has changed – I can feel it – is the grip. The grip is more substantial, I can definitely feel that. I think the grip is deeper. It makes it really nice to hang onto. So they have made quite a few smart changes to this. It still has a flash built in.

Once powered up I could see the display looks the same. I do believe the little GPS icon has been changed on the D810 – used to have a square that said GPS in it, now it’s got like a little GPS symbol. It takes five frames per second instead of four on the D800. 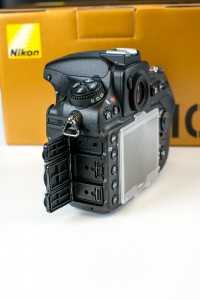 Definitely quieter, almost feels like it’s got some sort of shock absorption, much quieter.

Okay, so the info button brings up the info on the back of the screen, where before to get that up on the D800, you pulled the on/off button past the on. Which puts the light on the top, it also used to bring the info on the back. So now you’ve got info button – not sure I like that, I actually used to like it up here, so I’m not sure I like that change. Everything else seems to be the same.

Here’s a quick and dirty list of thoughts and features

It’s sharper – the D810 doesn’t have the anti-aliasing filter in it or the low pass filter – so, your images are meant to be sharper. And I will be doing some testing, so we’ll be able to get a look at it. 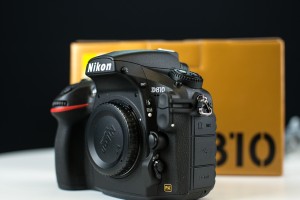 The D810 shoots at five frames instead of four frames per second on the D800. Nothing too crazy there, I’m not too worried about how many shots per second it takes.

You can set the resolution down to 20 or 9 megapixels on the D810, if you want less megapixels, you can do that.

The rear LCD’s got more pixels. So, going to get a preview of your image that’s going to be a lot clearer and easier to read.

A new split screen level – so I haven’t seen that, but apparently you can have a split screen, so left and right, which is quite handy on the Fuji, so I’ll probably like using that.

If you do shoot video, the D810 does 60 frames per second, which is good for slow mo, so that’ll be another plus for those of you that love doing video.

A bit disappointing it doesn’t have inbuilt GPS, I thought it would’ve. Because that would’ve made a lot of sense, but it doesn’t.

How much is it? 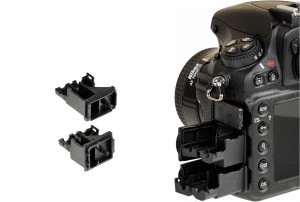 I got my D810 for $3200, and the way that I scored that was Ted’s Cameras had a deal on. And I always buy Australian stock if I can, I like to get the two year Nikon Australia warranty. Plus service and support of a local company. So $3200, and the way that it happened – Ted’s had a special on until midnight, plus they do $100 trade in on a camera. Now the good thing – and I’ll give you a tip – if you order online, they actually don’t want your old camera. You can just put “Trade 100,” in the coupon code. And it will give you $100 off in the Ted shopping cart. So a little bit of a tip there for you.

Strain reliefs – they poke into USB and HDMI sections, and prevent yanked cable from breaking your D810. Okay, so I didn’t realise that, so they actually go into the side of the camera – that’s what those little things are. So there you go.

Hopefully this unboxing has helped you get an idea of what’s inside the box for the D810!

I am going to do a shoot out video between the D810, the D800 and the 5D Mark III for a bit of fun. I might even chuck the Fuji XT1 in there, even though it’s not full frame. That’ll be interesting just to see the difference in image quality. Hopefully that’s helped you make your decision, whether or not the D810 is for you, cheers.

Some Images from my first outing with the Nikon D810