Film photography back in vogue

Earlier this year Facebook announced it would pay almost a billion US dollars for a mobile phone application called Instagram. What Instagram does is let people snap pictures on their smart phone and then play with the image to create different effects. And many of the effects are based on the look of the film camera. You might remember how some of your old photos turned out with light leaks and blurring and funny colours. But some young photographers aren’t that happy with playing with those images on their phones. They’re turning away from the latest digital cameras, dusting off their parents’ old cameras and bringing back good old-fashioned film photography.

I found this article on the ABC Radio National Website and thought it was interesting, if you visit the article and have a read of the comments you will see there is a strong sense that film had never died… yet I think the main people really shooting film are the wide format panoramic landscape photographers, most other photographers have gone to digital. I myself, decided to give film another shot this year after not using it for about 10 years, and it is fun… but I currently prefer to shoot digital, why, because I have more control and the feedback is instant, I can see exactly what my adjustments in aperture, ISO and shutter speed are doing, I can preview the composition etc. Whilst the die hard film junkies will just call me lazy… I am calling it ‘efficient’!

The Daily Pic – On the porch

I was wandering around the city and decided to visit Government House, this is one of ‘those places’… you know, the ones where you not really allowed to take photo’s, especially if it looks like you are a professional… I was asked by security who I worked for… I thought “why does that matter” and then I realized he probably thought I was planning on selling the pics or I was employed to take the pics.. I thought these days more and more people would have a DSLR and a tripod, and at a tourist attraction they would be used to seeing them! Anyway, after reassuring him that I just like taking pics for fun he let me on my way with a stern warning not to photograph the inside… not even through a window! btw… you can order a copy of this print if you want… just click on it if you like it and you will be able to order yourself a print. 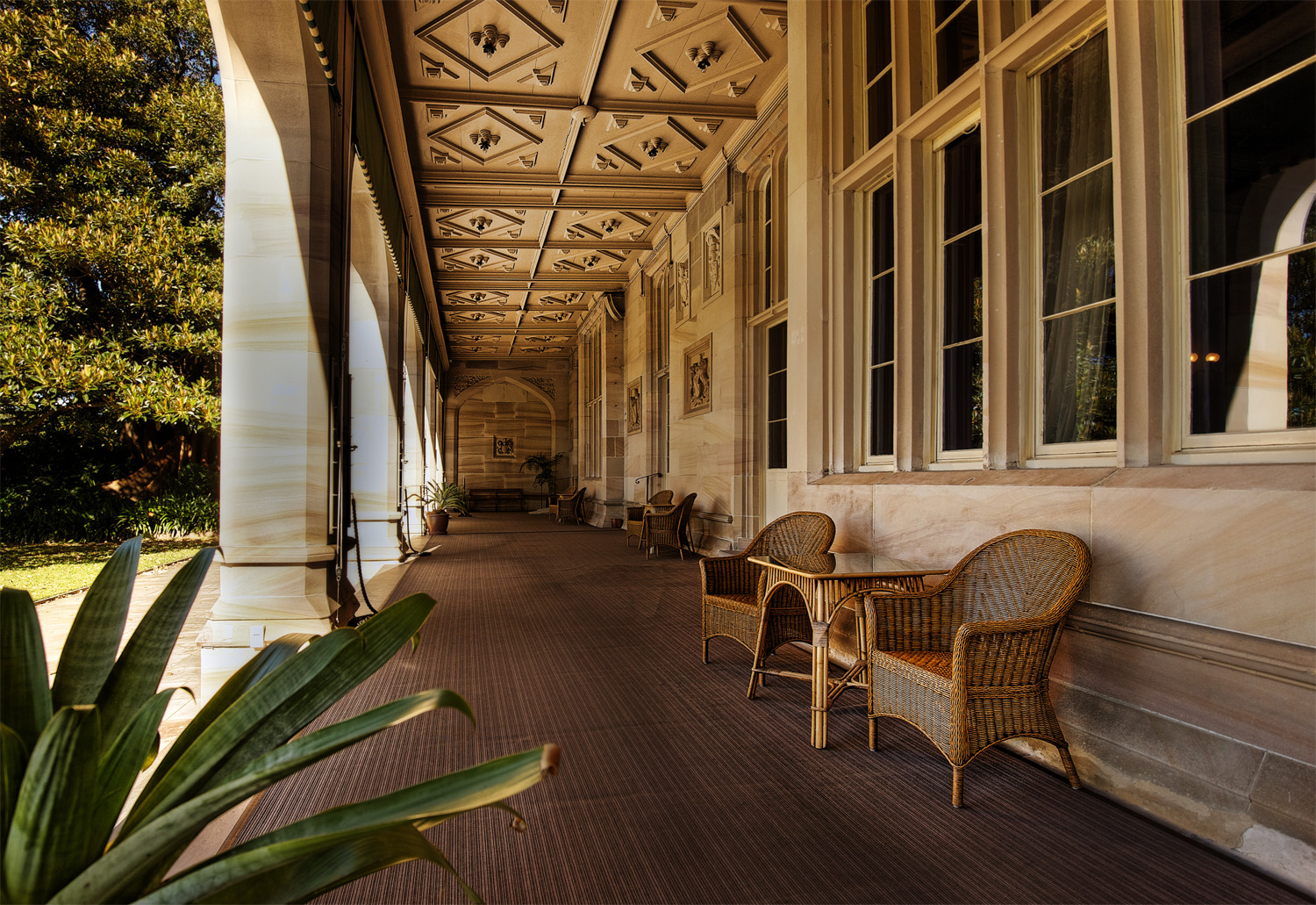