Over on my Facebook page I was asked a question by Peter Cundy about f-stop. He wanted me to explain what it is? So here goes, we are about to enter the bermuda triangle of photography, as f-stop has two ugly sisters… shutter speed and ISO… these 3 things are what you need to know to get your head around how to expose properly, keep your pants on as I am not talking about exposing yourself!!!

So… what the F is f-stop? Let’s use your eye as an example, as you look into the sun your pupil becomes smaller and this lets less light in to the cornea at the rear of your eyeball, when things get darker, your pupil will open right up to let as much light is as possible… if you go from dark to light quickly, say from your dungeon to the outside world in broad daylight, it hurts your eye and for a few seconds it is hard to see because your eye is letting too much light in until your pupil adjusts. f-stop in photography is a measurement of the same thing… it measures how much light are you letting into the camera’s sensor or film when you’re adjusting the aperture blades in your lens (the aperture blades are like the pupil in your eye, they move to adjust the amount of light allowed to pass through into the camera), the amount of light you’re letting in is represented by an ‘f’ number, the smaller the number, the more light you’re letting in.

On most modern cameras aperture adjustments can happen automatically like the pupil of your eye or you can manually tell the camera what aperture you would like. Why?… oh, I think that is a whole new blog post for another day… what I suggest you try is place your camera in aperture priority mode and get a willing participant that will stand still long enough for you to take a bunch of pics (a fence post will do!) shoot from about 3 or 4 feet away, more if your lens won’t focus at that distance and focus on the stationary item, set your camera at the lowest ‘f’ number your camera will allow then shoot again at the highest ‘f’ number and review the 2 pics… I am sure you will be excited with the results! enjoy…

This pic is an example of what may be very close to home, in fact, this was one of the first HDR photo’s I took, I had just learnt the technique and wanted to find something to shoot, the weather was crappy and I was looking for something interesting to photograph when I found this 10 minutes from home in the Rouse Hill Regional Park, I had to hold my DSLR up high to clear a barbed wire fence and shot 5 exposures hand held. I reprocessed this pic last week as Peter Cundy who had won the comp I ran wanted this particular shot and my first attempt at processing it was average to say the least… I am much happier with this version 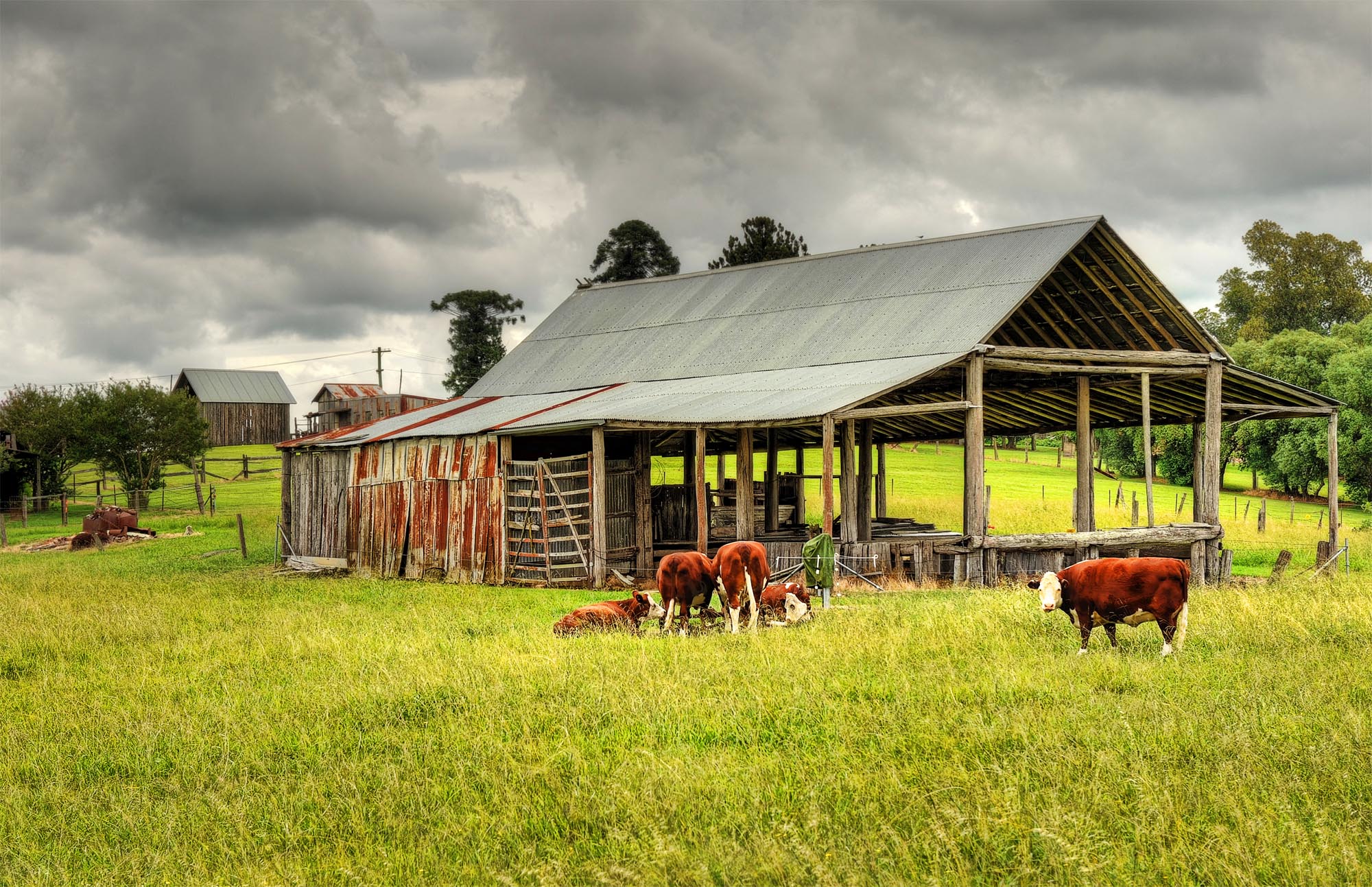