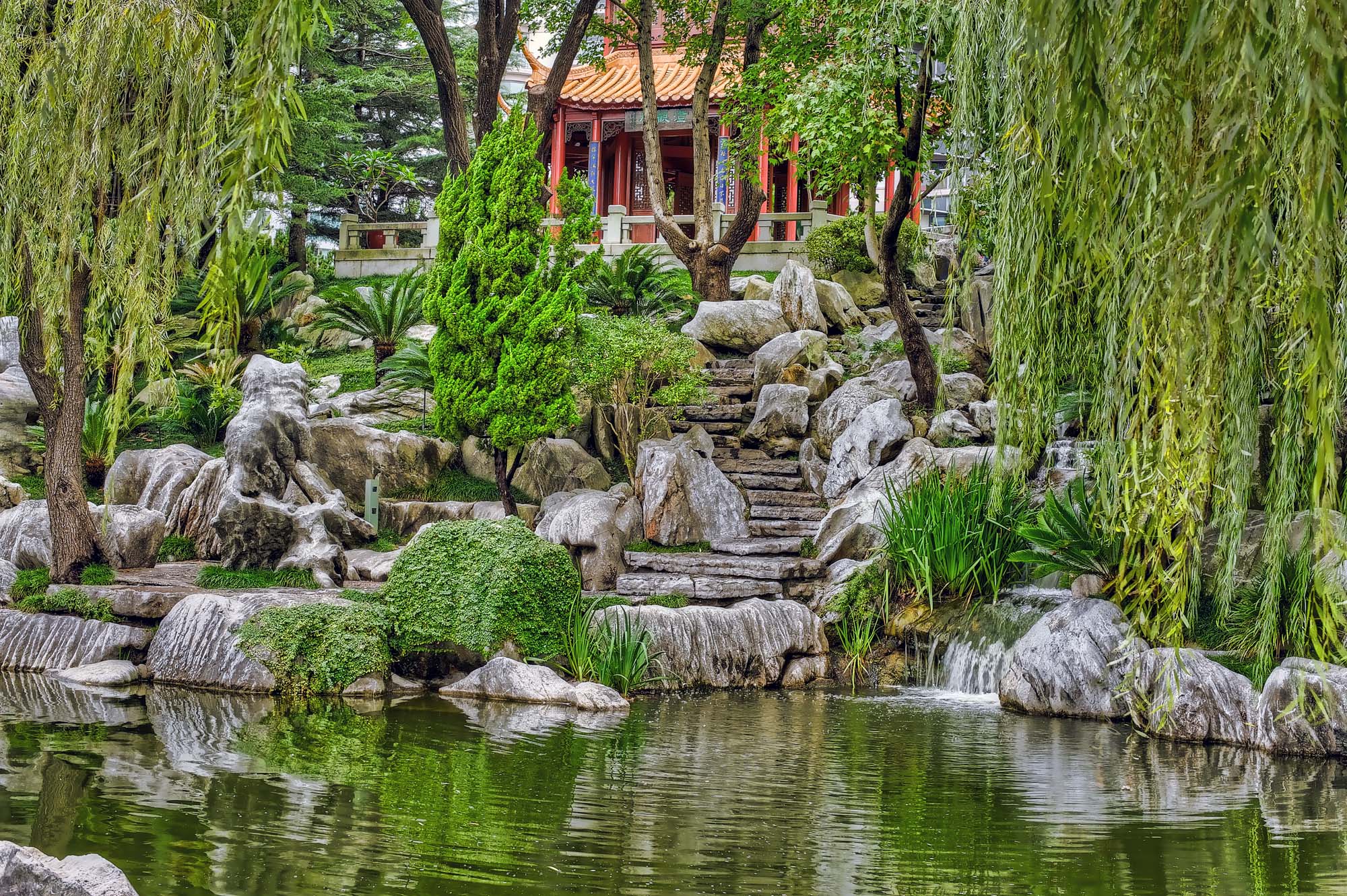 This is another shot from my visit to the Chinese Gardens in Darling Harbour. The Garden was designed and built by Chinese landscape architects and gardeners, and is governed by the Taoist principles of 'Yin-Yang' and the five opposite elements - earth, fire, water, metal...

Sometimes there are natural features to create a 'frame' for a great picture and other times they are man made...

Whilst wandering through the Chinese Gardens in Darling Harbour I came across this fella on a rock...

This is a waterfall in the Chinese Gardens in Darling Harbour in Sydney. I don't know what it is about waterfalls, but I know that I for one, am always drawn by them. It's hard to believe that such a beautiful and tranquil place exists...