In the last six to twelve months I've noticed a increase in the number of landscape photography vloggers or youtubers and I don't know if that's because I'm looking at it more or if it's because there just is more. There are definitely a few...

A Quick D800 Review I don't consider myself a 'gear reviewer'...

eBay spam! Has anyone else noticed that eBay has 3 distinct groups...

Hasselblad Xpan I have been looking for a panoramic film camera and considered getting a 6x17 format camera system, a 16x7 has a couple of issues...

I think winter has arrived! Wow... 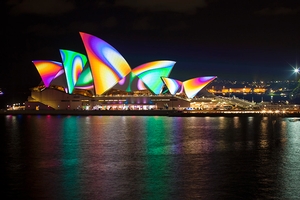 Vivid to light up Sydney [caption id="attachment_763" align="alignright" width="300"] Vivid Sydney[/caption] This Friday the 25th May, the opera House Sails will come to life with the work of the German design team URBANSCREEN, they will use their talents to light up the sails of the Opera House and this...

Using an ND filter Have you ever wondered how to get silky smooth water in your photographs...