A nice time to reflect

At this time of year I have more time on my hands and I always find myself starting to reflect on the year that was, and 2012 has been a fantastic year. I started this blog back in March, along with a Facebook page, then as the year went on, I started to use other social media tools and now I have somewhere around 5000 people that I have connected with. I have over 230 Posts, 25 pages and nearly 100 comments…

Some of the highlights (in no particular order, well yes they are, in the order that I remember them… he he)

I discovered Trey Ratcliff and his cool HDR style of photography, then I was lucky enough to meet Trey himself here in Sydney.

I made some amazing new friends

I learnt a lot…

I travelled to China and photographed the Great Wall of China and other cool chinese places and people.

I wrote and published my first photography eBook

I became a contributor to a HDR magazine (HDR one)

I learnt to do my own picture framing

My photo’s have been featured on several sites and most recently, the front and back covers of a 2013 calendar!

And I learn’t more… (I don’t think the learning will ever stop!)

Most of all, you have followed and supported me in 2012… I am flattered that anyone would want to follow my photojourney, let alone buy my images (I get a buzz every time someone does!)

So thanks for a great 2012, I am looking forward to 2013 and can’t wait to see where my photojourney will take me!

Yesterday I headed to the Northern beaches with Rene, one of the many great friends I have made this year. He wanted to head over to Bungan Head Beach for sunrise. As we arrived it was clear that it wasn’t going to be the most sensational sunrise we had ever seen. The first thing I spotted was this large area of yellow blooming flowers. I am not sure what they are but they looked great and I had to work out how to capture them. 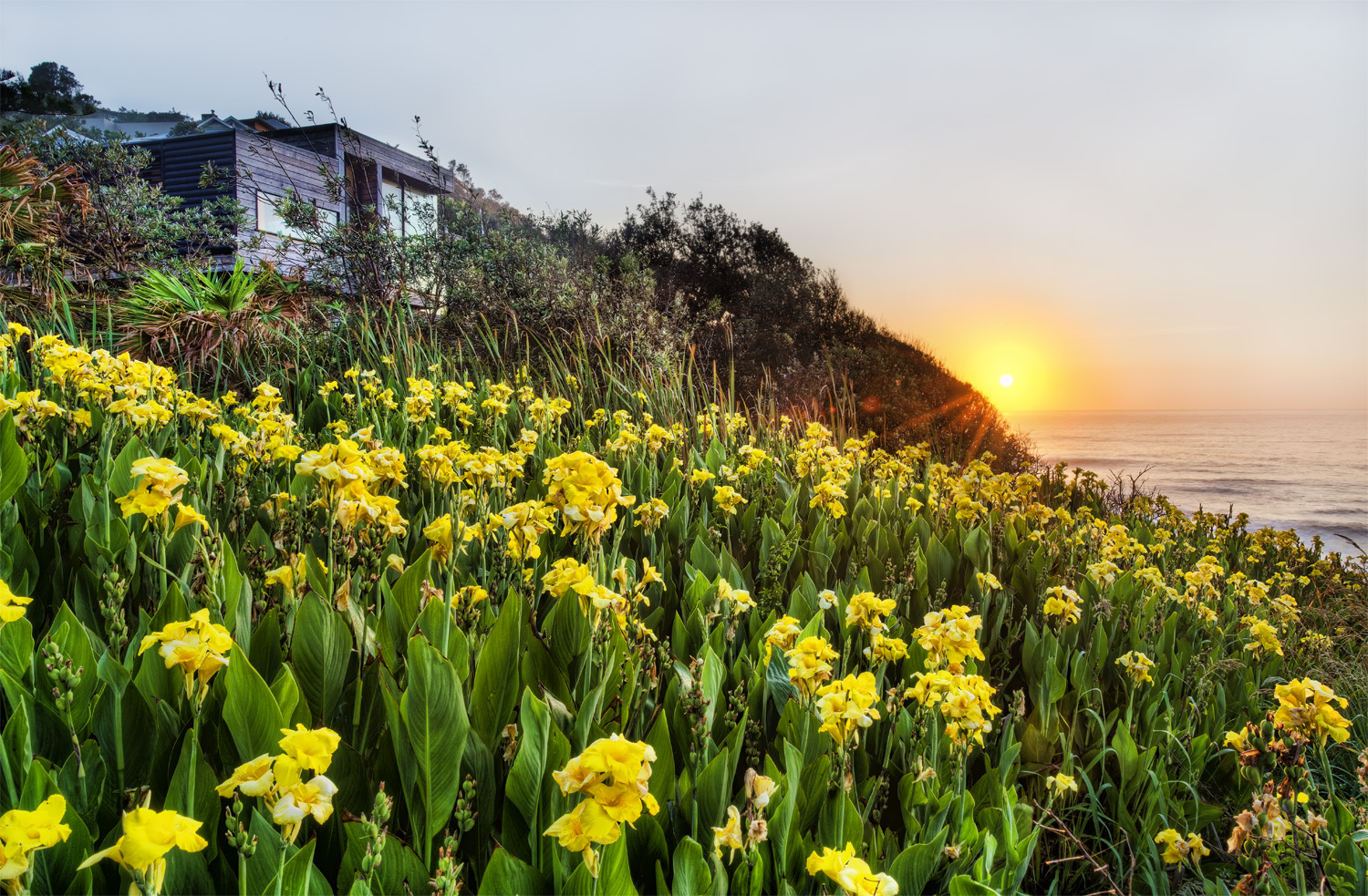