Photography Tip – What is ISO?

What is ISO? Back in the days of film you would buy a film based on it’s speed. For example, if you were shooting action you would buy a 400 film, for portrait work you would get 100 or 200 film. These numbers correlated to the speed of the film, and when we talk speed, we talking about how quickly the image would be captured (exposed) onto the film. A 400 speed film was faster (more sensitive to light) than a 100 film and would expose the image quicker as a result. And this is why you would choose a higher ISO or ASA number for sports or night photography. In the digital age we have the benefit of being able to make these adjustments on the fly, shot by shot, rather than having to use a whole role of 24 or 36 exposures of the same ISO. By increasing your ISO on your Digital Camera you are increasing the sensitivity of the sensor.

So what ISO do you pick? Well, if you’re camera is anything like mine, I can choose from ISO100 all the way up to ISO6400. You’re probably wondering why would camera manufacturers even bother with letting you have this choice? Why not just have one fixed ISO? Well, there is a drawback to high ISO that you need to be aware of. The higher you go, the more noise (grain) you will see in your image. I always shoot as low as I can go, most of the time I use a tripod so I can use ISO100, there are times though when I need to increase the ISO so I can use a faster shutter speed.

To get a true idea of how ISO works and what effects it will have on your final image you really need to understand the relationship between ISO, Shutter Speed and Aperture. You can read about these 3 in my Understanding Exposure Article.

The first day I arrived in Queenstown in the South Island of NZ I decided to head to the waters edge of Lake Wanaka for sunset. It was very different for me to be somewhere with mountains that obscure the sunlight so early in the afternoon. There was this one sailing bot and I like that, it really puts the Remarkables into perspective. I can’t wait to get back to Queenstown… truly spectacular! 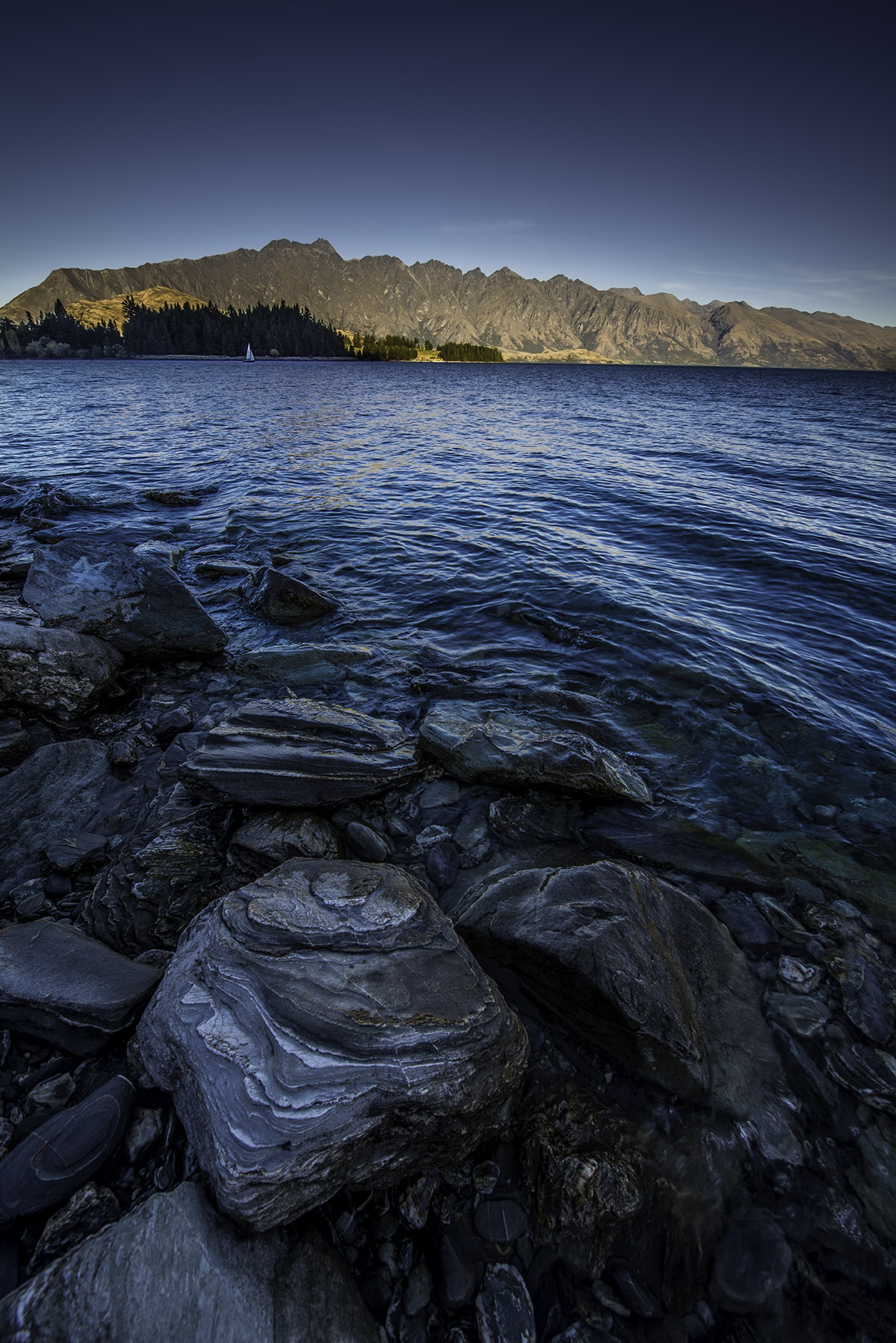