I got this interesting question…

Why use Photoshop? I was asked… and my first response was… why not? Then I thought, it’s a great question… am I using photoshop when I don’t have to, or worse still… when I shouldn’t?

So I sat and pondered for a while, and came to the conclusion that I like photoshop for several reasons…

1. I shoot RAW… I love shooting RAW! It means I can be an old bugger that forgets to change settings on my camera and I can fix it all later… in photoshop!

4. My camera sux… and so does yours! – yep.. I have spent thousands of dollars on my D800 and it sux! It does’t always get the colours, the contrast or the emotion… oh, and it can’t clean up like I can in Photoshop… see, it sux!

I am happy that I use photoshop, and I say it is okay to do so… I have been told by one too many naturalist that it isn’t photography… I still have go and capture the scene… I still need to be there for the right light… I still need to know how to use my camera… and best of all… a stack of people like my photo’s!

Anyway, this post has turned into a bit of a rant… maybe I should get just as upset with the people that don’t use photoshop!

So… to finish up… it is rare that I share with you, a BEFORE and an AFTER shot… but I am going to do just that. After I process an image in Photomatix… it is messy. Just like this one! I took this inside the Opera House during the Elia Locardi Blame the Monkey photowalk. A lot of the crowd had moved on, and myself and Elia were just hanging back to get a shot with as few people in as possible, in fact, I took 20 exposures in total so I had plenty to choose from when I got them into Photoshop. 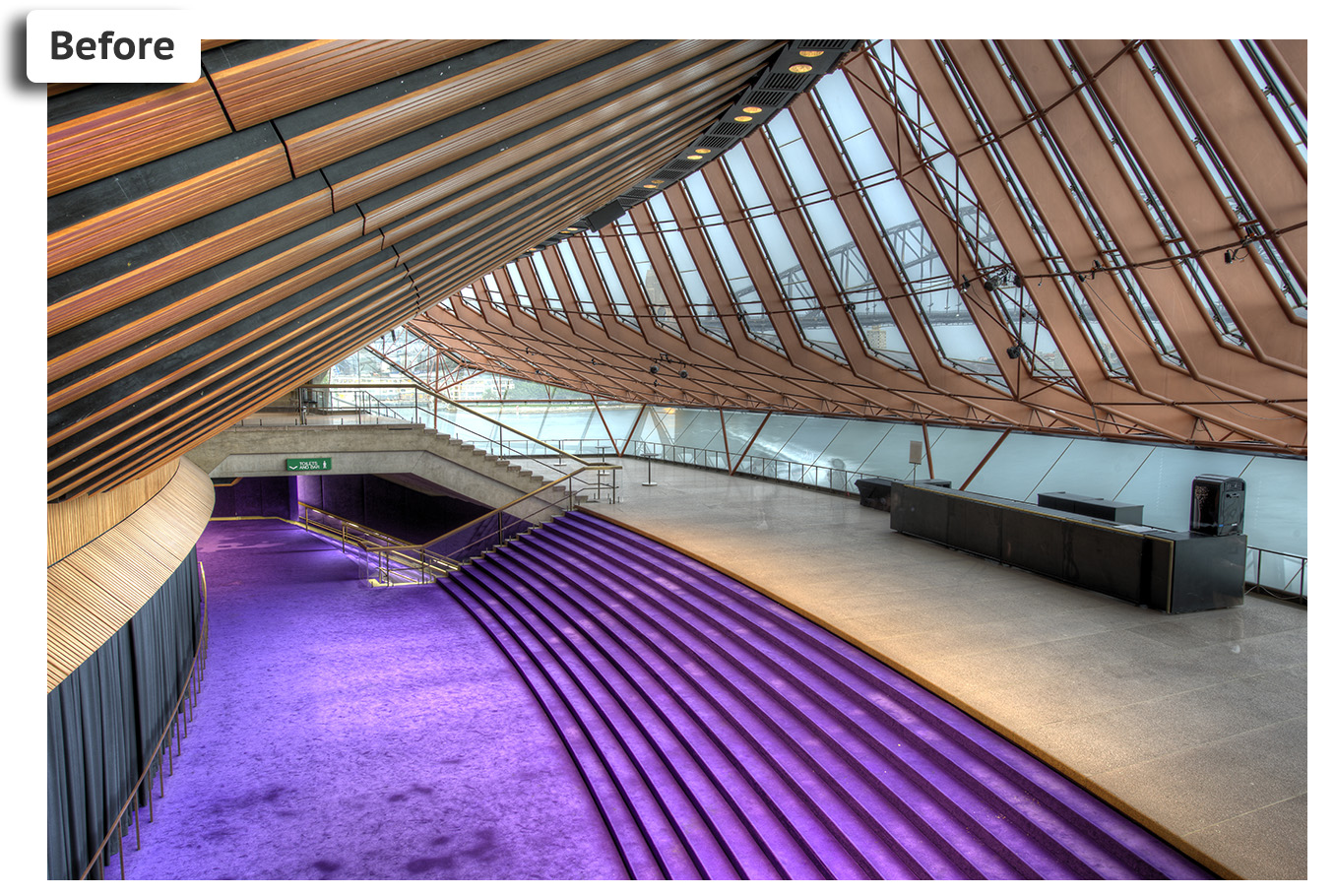 In the before shot you will see ghosting, there will still a few people getting around, there is a boat screaming past outside, the purple carpet is going blue… the whole image lacks contrast, the black paint is peeling off the ceiling and there is popcorn on the stairs… plus a whole bunch of other little things that bothered me.

Today’s iCandy – Inside the Opera House

Here is the after photo… you be the judge! 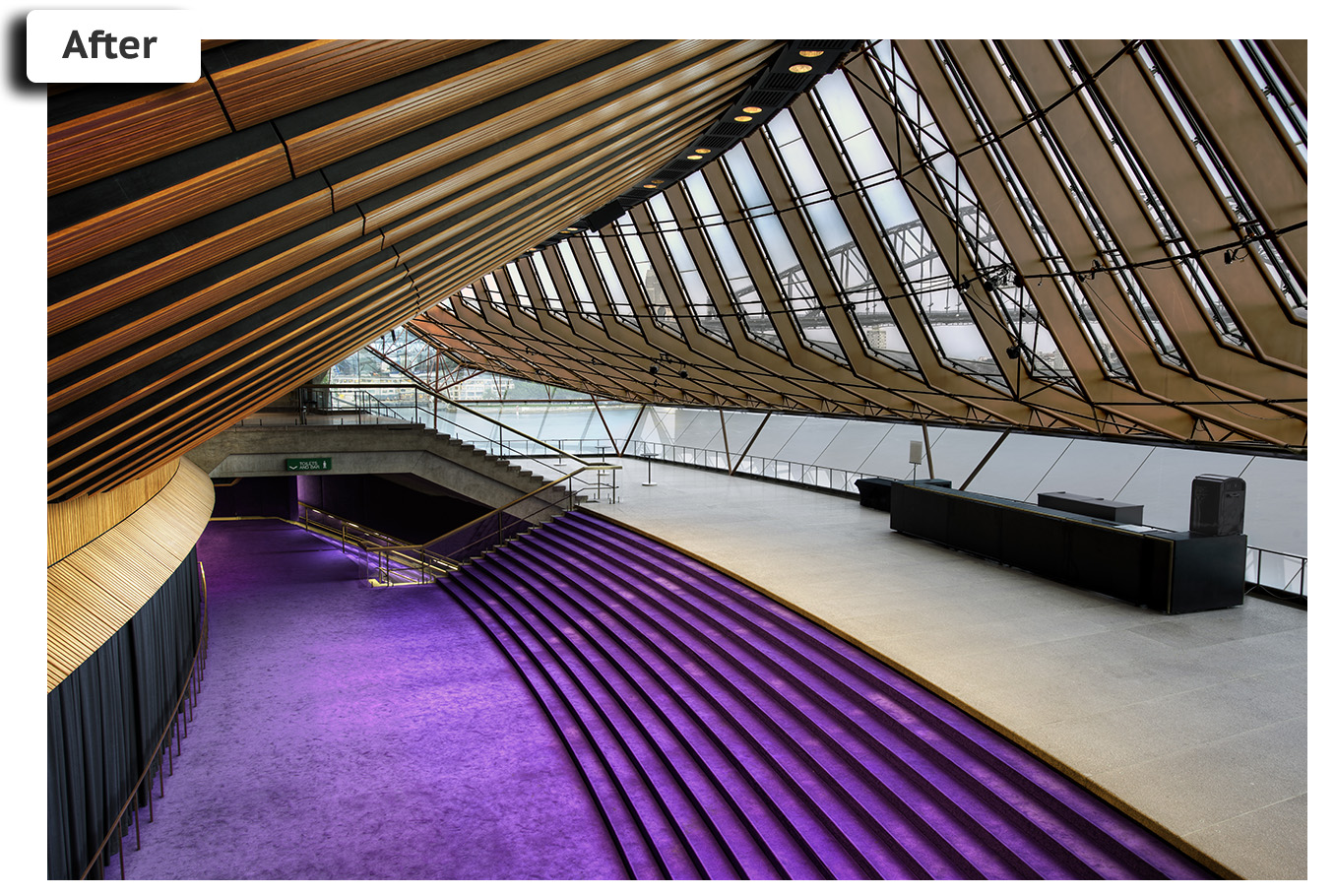